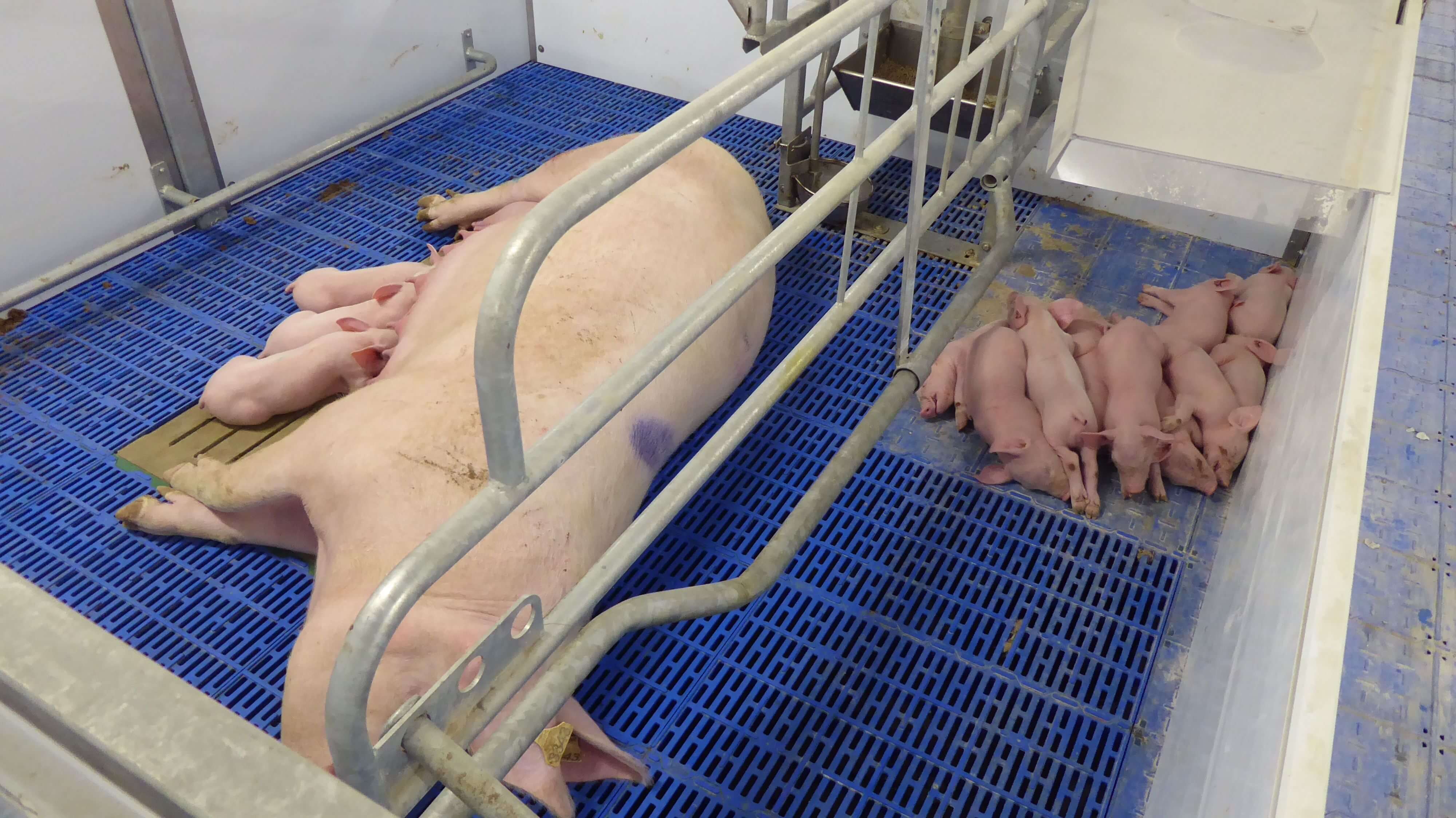 A huge increase in demand for freedom-style farrowing pens has been reported by Staffordshire-based ARM Buildings.  The pig-housing company will have installed between 700 and 800 places by the end of the year, says their environmental specialist, Tim Miller.

The most popular “piglet-friendly” design involves crate-style confinement of the sow for just a short period.  Best practice currently suggests just three to four days after farrowing to protect new-born piglets when they are most vulnerable.  The sow is then allowed complete freedom until weaning. Depending on the individual style, the pens provide about 50 per cent more space than most conventional farrowing designs.

The systems ARM has installed this year typically give the sows 4.2 sq m free area within a 6.2 sq m total pen area.

ARM has become a UK distributor for the popular ‘Multifarrow’ system, developed in the Netherlands by Nijenkamp, in co-operation with a Dutch farmer.

“Farmers are taking the welfare of sows very seriously, but the safety and welfare of the piglets has to be considered, too,” said Tim.  Early results look promising with average mortality levels of around 10 per cent. This compares with 12.3 per cent pre-weaning mortality for average indoor herds, quoted in the AHDB Pork Costings and Herd performance figures.

“I have had favourable reports from stockpersons managing these higher-welfare pens, with the consensus being that the weaning process is much easier because the sows are fitter and more active. As the sow is used to moving around there is normally no problem of getting her out of the pen. The farrowing pen door is left open and the sow simply walks out.  So weaning is a stress-free operation. Previously it could often be difficult to get the sows to leave the crate.

“All the stockpeople managing these farrowing houses have said they would not go back to the old system,” said Tim. “Apart from the cost, it is difficult to find a downside.” Reports suggest that the piglets seem to benefit from the extra space, too.

Keep in touch for our latest news